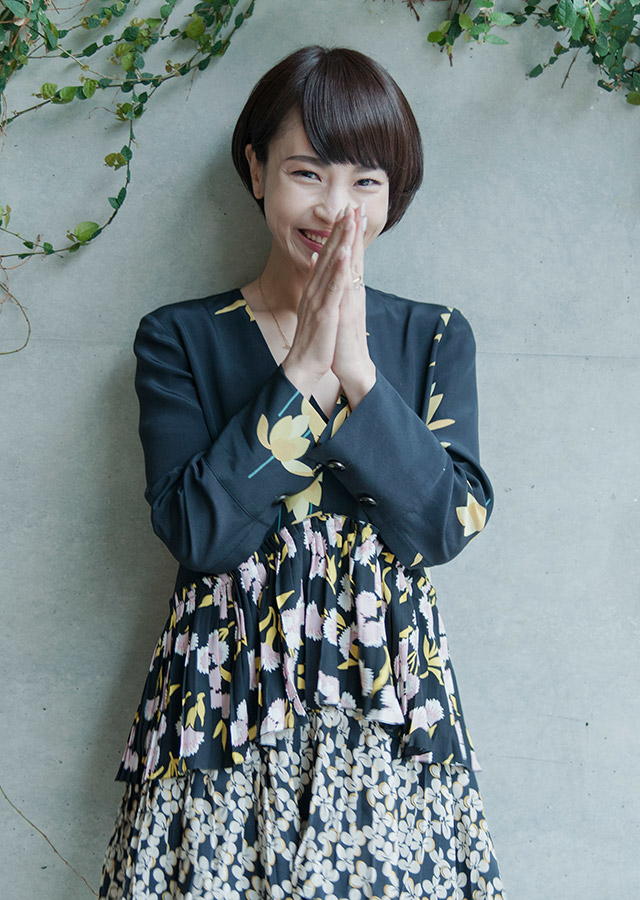 An Interview with Asami Kiyokawa, Vol. 2: “The Beauty that Encompasses the Negative
Is the Most Beautiful of All”

The “ADASTRIA Bijo Saishu” solo exhibition by Asami Kiyokawa was held at the Space-O event area of Omotesando Hills during the Golden Week this year, from Friday, April to Sunday, May 27.

The “Bijo Saishu” collection has continued to grow for 15 years, with a unique perspective that penetrates the entire body of work. Kiyokawa's insight that transforms insecurities into beauty has given hope to many women. We spoke with Kiyokawa about the her career that supports this art series, along with her approach to living as a woman and how her lifestyle has changed.

Kiyokawa :​ ​​ ​I feel that beauty that encompasses the negative is the most beautiful of all. It’s exactly because we worry about things and are hitting walls that we become that much more beautiful. Mistakes are the reasons why we eventually shine, and in turn they are certain to take root. I say this because it comes from my own real-life experience.

---- Your unique ideas that transform insecurities into beauty bring people hope. How were you able to cultivate your perspective?

Kiyokawa :​ ​I’ve had the opportunity to personally meet many people who have experience in different industries who are shining in their work. This gives you a certain way of seeing things, doesn’t it. It might just be because this is how I led my life, and it’s something that only I’m able to see. This is probably why people can understand what I do without me explaining it, and why people are asking to be a part of my work. ​ ​​ ​​ ​​ ​

---- The Asami Kiyokawa we know has three facets, that of an artist, wife and a mother... and you have also done a previous “Bijo Saishu” exhibition at Omotesando Hills. In the six years since then, do you feel the budding of any new sensations as a person?

Kiyokawa :​ ​​ ​I’m getting older, and the scope of my work is expanding. Being an impatient person, I feel that I’m now working many times faster than I used to. Having someone around now who cannot wait is probably the biggest change (laughs). Essentially, my child dictates my pace. Being busy brings about new ideas. Perhaps I’ve become more rational, since I now have less time. What hasn’t changed is my interest in people. That’s probably why I’ve continued my Bijo Saishu project.

---- How do you feel about Omotesando as an urban area?

Kiyokawa :​ ​Omotesando is a starting point, but also a turning point as well. On the day that I came to Tokyo, I was discovered by a talent scout in Harajuku; and I kept meeting all kinds of people even after becoming a model. It was this city where all my fans are that keep me from leaving; and it is this place when I became an artist and spent time walking and spending time thinking by myself. My whole life is contained in this city, and that’s why I’m so glad to be able to do another exhibition here.

---- Tell us about how you’d like to challenge yourself in the future.

Kiyokawa :​ ​I’m always thinking about making things. I was worried that having children might upset my pace and that I wouldn’t be able to create any more, but in reality, this makes no difference (laughs). The hardest thing is to keep going. Eighteen years have passed since I became an artist, and I’m sure that I had no idea that I would turn out like this back then. The fact is that everybody likes what I’m doing, so I’ve been able to keep at it. I think that this remains the same, both in the past and the present.

Asami Kiyokawa / Asami Kiyokawa
（Artist）
Born on Awaji Island. Held her first solo exhibition in 2001, and began creating her first art works using embroidery techniques in 2003. Kiyokawa has held many solo exhibitions throughout Japan, such as at the Art Tower Mito and Omotesando Hills in Tokyo. Her representative works include “Bijo Saishu” and the “Complex” series, along with her work on the picture book, “Ginga Tetsudo no Yoru” (A Night on the Milky Way Railroad). Her collaborative work with Shuntaro Tanigawa, a picture book called “Kamisama wa Inai?” (Is There a God?) was selected as a representative work for Japan at the Japanese Board on Books for Young People Congress held every two years. Kiyokawa’s awards include the “Best Debut Award,” the VOCA Exhibition prize, the VOGUE JAPAN Women of the Year award, and the ASIAGRAPH Creator’s (Tsumugi) Award. Her work was featured in the opening title of the NHK TV series “Beppinsan” (latter part of 2016), and she became known for her involvement in the posters, direction and production of the series. Kiyokawa also works as an art director for various advertisement and spaces. Her latest book “Sennengo no Hyakunin-isshu” (translated “the card game of one hundred famous poems, one-thousand years later”), coauthored with Tahi Saihate has been a major seller. Her newly published book, “Asami Kiyokawa: Saishu” is available for presale at exhibitions, on sale to the general public from May 23, 2018.​ ​
URL:http://www.asamikiyokawa.com/

An Interview with Asami Kiyokawa, Vol. 1: